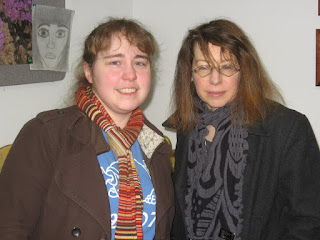 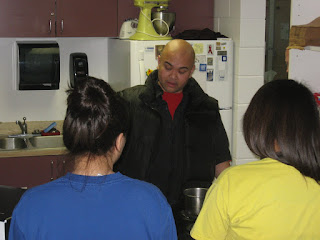 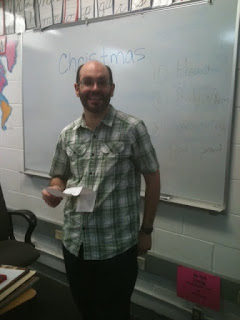 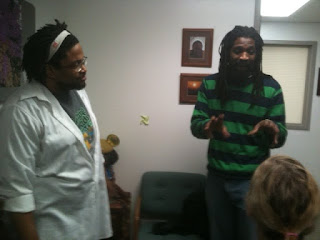 This holiday season passed by much better than I’d ever hoped.
Every year since I can remember, I’ve dreaded the holidays. By October, I’m praying I could wake up and it be January 2nd. Forget Halloween, Thanksgiving. Really forget Christmas, and skip the Happy New Year. Please.
But at the end of 2011, not only was I looking forward to traveling to Vietnam and Laos, I was in the thick of planning an in-service for some of the kids at the youth detention center I work at who would be spending their own holidays in custody.
Some of them come from loving families with rich traditions. Most do not.
On any given day in our detention center, we house juveniles who are orphaned, abused, and/or neglected. A good percentage of them don’t know who their father is, or haven’t seen him for years.
So getting some local artists to give workshops to motivate our detained kids and teach them a new skill seemed like an easy way to make a positive difference in their lives, and remind them that one day they would be released to a community that cared. After meeting with detention staff, we titled mini-conference for kids Bring the Outside In.
Did I say it would be easy? Not so much.
It turns out, a lot of people are busy or traveling on holidays. Who knew? So although I know many talented writers, artists, and musicians, it looked as though my hope would never materialize due to scheduling challenges.
But in the end, several amazing and generous volunteers came forward. Restaurateur Barry Yabyabin from KLT Diner showed the kids how to cook a healthy and inexpensive Filipino dish, pancit. My dear friend and comic genius Lee Post taught drawing. Amber Rose and her assistant Anne Freitag led the kids in Scottish Country Dancing. And Trey Josey and Kima Hamilton from Brave New Alaskan Voices mesmerized the kids with the art of the spoken word.
The kids were thrilled. But what I loved most was watching the volunteers, tentative at the beginning of their workshops, get energized teaching the kids a skill that might very well contribute to the staff’s rehabilitative efforts.
We all have some gift to offer the people around us. The trick is finding it and connecting it with the person(s) who need it.
Christmas of 2010 helped me turn a corner. Gifts versus presents. Memories versus madness.
I’m already planning Christmas of 2012.
Much appreciation to the volunteers.
lameredith.blogspot.com/atom.xml

Happy New Year, and welcome to my new blog.

As I write, fireworks are sounding all around me. It’s 12:00AM in Alaska, 2012, and I’m packing to go on a big fat adventure. Vietnam and Laos. Perhaps the only two countries in the world where I won’t feel broke.
But first, about the blog.
I used to wonder why any non-celebrity would bother to blog. Who cares what I think? What do I have to say, and why would it matter?
Recently, it came to me. In the span of a day, I had two different friends e-mail to ask how to help their respective friends who are in abusive relationships.
And I thought to myself, Connecting every once in a while is a good thing. Sharing my experiences, hearing from other people about theirs, that’s the point of a blog. That’s how it matters. And everyone has something to share than can benefit another person.
In 1990, while in my twenties, I left my own oppressive marriage and took my little daughters with me. I had a high school education, and was born in Kentucky of two parents who never had the chance to even get that far. Not surprisingly, I didn’t expect much.
Now, twenty-one years later, my two lovely daughters are both in college. I’m still single. I earned a master’s degree and work a job I adore, and am flying to the other end of the globe in a few hours by myself. Because I wanted to, and because I can.
My resolution this year is to connect more with others.
Thanks for letting me connect with you.
lameredith.blogspot.com/atom.xml
Scroll back to top