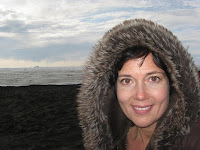 I recently returned from working a week in Barrow, Alaska, the northernmost city in the United States.  I’m so fortunate to have a job that pays a slim salary, but offers benefits like generous leave, medical insurance, and an alternate workweek. My work also offers occasional junkets to different parts of the state, or once in a while, a trip to another state entirely.
As a single mom for more than 20 years now, it’s been up to me to pay all the bills on my own.  So I know there’s been a whisper or two when I’ve booked an international flight for my vacation. The truth is, traveling is my drug of choice, my best anti-depressant, and the finest education I’ll ever receive. Looking forward to a big trip every few years has kept my hope afloat.
To do it, I’ve had to be intentional in my spending habits. Here are five tips that have helped me travel far and wide.
Shop for used clothing.  Someday, I’ll buy a pair of fancy jeans for $100 or more just to say I did.  But until then, I’m content grabbing them up after someone else has had their way with them. Fashion just isn’t that important to me, and I love getting a good deal.
Avoid overeating whenever possible.  It’s expensive to eat more than what you need. The side effects ratchet up your healthcare costs. Plus, when you avoid overeating, you’ll likely forgo restaurant eating. Me, I go out to lunch maybe once a month during the weekday. Some of my coworkers happily spend $5-$15 a day on lunches, averaging up to $200 monthly. That’s $2400 a year, a trip or at least airfare and part of a trip for me.
Save creatively.  I personally pack food from home for work trips, and use my per diem to pay towards travel or other exciting expenses. The Barrow trip will pay towards my daughter’s graduation gift.

Side note: I didn’t pack quite enough food for Barrow, and dashed into the store to pick up three apples and two zero waters for $20! I realized too late I paid $4 per apple.  So two apples equaled one night’s stay in Laos at the eco lodge. Ouch!

I also pack food from home for my recreational trips. Protein bars and the like. Then I enjoy one restaurant meal daily. Yes, it means I don’t get to experience all of the joy and culture of the local food. But it also means that I neither starve nor put off going on trips due to the cost of food.

Let travel cost help you choose your destination. Without question, France is on my bucket list.  England, too.  I breezed through London once, and would adore taking my time and spending a week or so. But right now, with my kids still needing some support, and the economy in the crapper, these destinations are out of the question for me now, and will be until circumstances change or I join one of the house swap companies. Southeast Asia?  This year, with the average cost of a room in Vietnam and Laos running between $ 8 and $20 a night, it was a perfect match for me.

Embrace rugged travel. I’ve never stayed at a Hilton when traveling overseas. I favor youth hostels (which, fortunately, aren’t age-driven) or eco resort lodges when possible. That may mean sleeping in the same room with strangers, or being lulled to bed by the screeches of a rat in the ceiling, but it saves infinite amounts of cash.
I love reading Alexis Grant’s Traveling Writer blog. This past Valentine’s Day, she wrote one called When You Spend on Travel. alexisgrant.com/2012/02/24/when-you-spend-money-on-travel/
In it, she comments“My trip is someone else’s Gucci.”
Amen!
My current goal is to grow my savings cushion before booking my next trip.  And until then, I’m making a list of some offbeat places to go:
Tonga
New Caledonia
Cambodia
What’s your next big adventure?  Is it travel? Fixing up a classic car? Going to a spa just once? I’d love to  hear your comments.
Check out my friend Terezia’s photo travel journal at milkundmidnight.tumblr.com 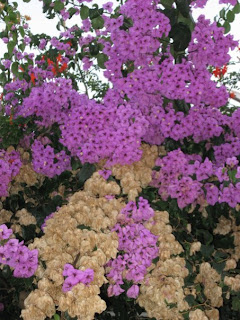 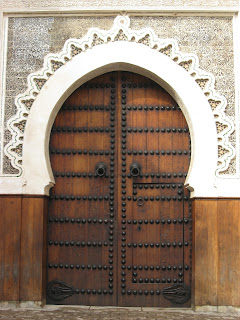 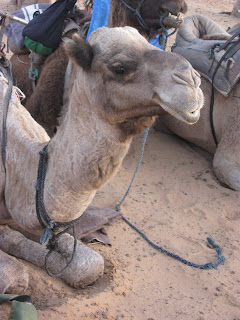 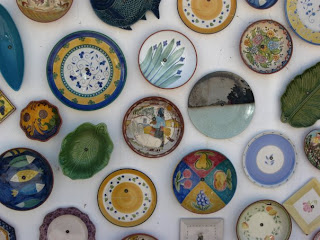 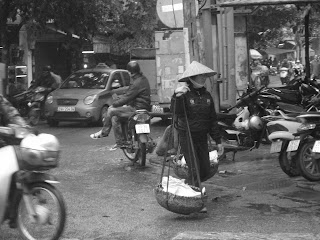 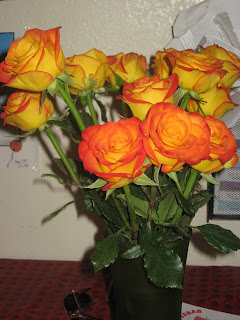 My youngest daughter graduated from college in New Mexico the day before, so I was there to spend it with her.  It’s been at least five years since we were together for Mother’s Day, and she went to great lengths to make it special. We agreed it would be more convenient to celebrate in advance of the actual day, when restaurants and the like are over-crowded.

The morning began with coffee. Then pedicures. We got a massage together, followed by an ionic cleanse, and lunch at a Turkish restaurant. Such fun.

On the actual Mother’s Day, we drove to my sister’s gorgeous farm in a nearby town and relaxed with her and her husband. Again, so special.

That night, back at the dorms, I caught up on emails and blog links. I read about the R.O.S.E. Fund’s success in helping Crusita Martinez reconstruct her entire face after a former boyfriend threw battery acid on her face as a punishment for leaving her when she was just 18 years old. Now, seven years later, she is mother to a little girl who understands that her mother’s strength is her beauty.

What a wonderful story of survival.

I’m partial to the R.O.S.E. Fund.  They helped me reconstruct my life, and, as their acronym indicates, they’ve helped scores of survivors in Regaining One’s Self Esteem.

Founded it 1992,  the New England-based  non-profit has directed resources to helping survivors of domestic violence while raising public awareness about the issue. In the 90’s, the R.O.S.E. Fund gave awards to a few nominated women a year, and in 1998, I was one of those lucky few.

At the time, I worked as a domestic violence advocate full-time, but couldn’t afford  medical insurance for my daughters. I hoped to complete a graduate degree in psychology and write a book about my experiences.

Then came the call. I had won a $10,000 R.O.S.E. Award. The girls and I were flown to Boston, where we were presented with the award at a banquet. I gave a talk in front of 500 attendants, including the entire team of the New England Patriots. It was a dream come true. 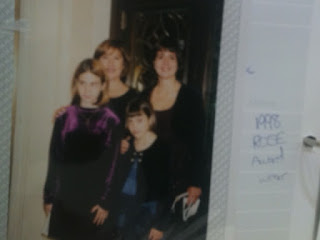 Today, the R.O.S.E. Fund focuses on helping victims of domestic violence who need reconstructive surgery,    and assists educators with tools they can use in high schools to prevent and/or address teen dating violence.

To me, their gift was enough to give me a leg up without promoting any kind of dependency upon them.

Thanks to the R.O.S.E. Fund, I had the courage to chase a dream. And watching that transformation  helped my daughters chase theirs.

Would you like more information on how you can help?  Feel free to peruse the link below. 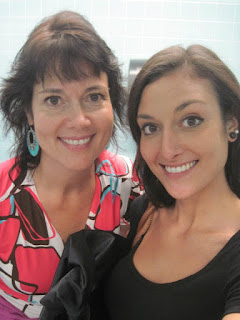 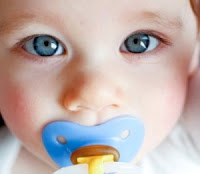 This week, I’m a bundle of nerves.  I don’t know if it’s information overload about all that is wrong with the world today, upcoming travels, or just too much caffeine.
What I do know is there are certain blog links I read that help pacify, even inspire me. Below are a few examples.

How to Quit Your Job, Move to Paradise and Get Paid to Change the World

How to Live Well
http://zenhabits.net/live/ 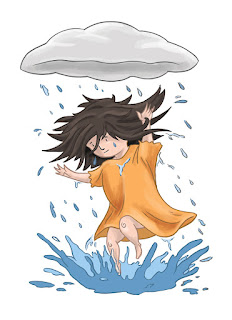 What have you read lately that’s caused your heart to dance? I’d love to hear from you.

lameredith.blogspot.com/atom.xml
Did you have the chance to watch young Sean Goldman on television Friday night on NBC?  He’s the adorable little boy who was snatched from the states by his Brazilian mother in 2005. She died four years later. Still, her family refused to return Sean home to his heartbroken father, who’d been fighting all along to have his son returned to his place of habitual residence.
Through legal means, the Brazilian courts ordered the return of Sean Goldman in 2009, and NBC kindly chartered a plane that skirted them both out of Brazil and safely home. He wrote A Father’s Love, and has a website, http://bringseanhome.org/
After the show, I looked at author Peter Senese’s site. http://www.chasingthecyclone.com/CHASING_THE_CYCLONE_Home_Pa.php
He wrote newly released Chasing the Cyclone, a work of fiction based largely on his own experience of parental international child abduction. Again, after a long struggle, international law supports the single father whose son is safely returned home.
And I couldn’t help but wonder, Did I do it all wrong? What dramatic changes have occurred since the mid-nineties, when I sought the legal return of my abducted daughters, only to go for broke, have my legal custody overturned, get arrested, and sneak out of Greece like a thief in the night with my girls.
I spent the weekend inventorying the factors that may have contributed to their success
Gender   Had I been an American man seeking custody of my stolen daughters in Greece, would that have helped?     It horrible to think about, but I wonder.
Class        I didn’t have any. These gentlemen both appear to be well-bred.
Wealth     I had even less cash than class.
Internet   In the mid-nineties, information was much less accessible. Other countries didn’t have internet available in their homes, and search engines were useless for a layperson’s investigation. Now, it’s so much easier to get instant information, rally supporters, and lobby for change.
Passage of time  Each parent’s experience of international parental child abduction paved the way for the next hopeful searching parent. Legal precedents are set. Attorneys build their new cases on old ones. My failing may have been a tiny bit of help for these current happy endings sixteen years later.
If you had to guess, which factor would you give the most weight?
Take a look at their websites and books if you get a chance. I’m impressed with their stories of survival, but the greater systems changes that both Mr. Goldman and Mr. Senese have made for other victims of international parental child abduction.
lameredith.blogspot.com/atom.xml
Scroll back to top