I decided to go to a presentation titled “Let’s Talk Prevention” put on by a social worker at one of Anchorage’s mental health hospitals.

I should’ve taken the misplaced quotes as a sign. A stop sign. Instead, I twisted the arm of a male coworker and we headed off to the one hour lecture.

The presenter, a bubbly and  capable woman I know from other work venues, now works for our armed forces as an outreach manager.  The audience numbered close to one hundred; many of whom were interns, college students therapists, and other front-line workers in government service. It was an encouraging turn-out.

The presentation began with important definitions and facts, like

And this is where the presentation began to deteriorate. It appeared that the presenter squirmed with the last fact, and wanted to level the playing field. She alluded to the fact that the NFL’s problem with player Ray Rice beating his then-girlfriend was no more serious than soccer player Hope Solo’s assault against her sister and nephew (note: read writer Ta-Nehisis Coats piece in the Atlantic), and if a different group studied domestic violence, they may come up with different statistics.

Next, the presentation was peppered with slides about prevention. They ran the gamut from having good self esteem, practicing yoga,  to smiling more (yes, I said smiling) to taking time for yourself and not having violent posters in your office at work. 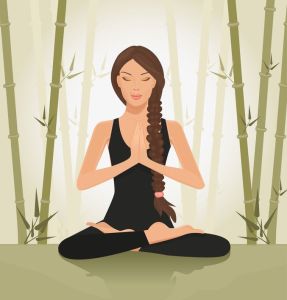 Does yoga prevent domestic violence? Does low-self esteem cause it? Can your smile prevent a problem that impacts one in four women in our country?

I like smiling. I know that yoga has many, many benefits for a person’s physical and mental health. And no one should have violent posters in their office.

But it’s not just ignorant to perpetuate myths such as this, it is positively dangerous.

Off the hook. Again.

The causes of domestic violence are complex. Years of research tells us that it’s a learned behavior, often passed down as an unfortunate family tradition, transmitted from parents to children. Our violent culture is partly to blame, and every time we ask Why does she stay? we continue to hold only the victim accountable. Domestic violence isn’t caused by substance abuse, but is made worse by it. It’s also made worse by community educators who are more interested in amusing their audience that transforming them with the ugly truths.

I left the lecture with my mortified coworker,  and we both agreed we felt complicit to a crime by listening to the fluff.  I followed up with the presenter by phone, and told her I’d love to take her to coffee and share my concerns. She seemed receptive, but I haven’t heard back after my second call.

If I do get to spend time with her, I’ll tell her my story. I’ll tell her some of the stories of victims I’ve worked with over the decades. And I’ll refer her to writer Ta-Nehisi Coate’s op-ed on the topic that encapsulates the problem with short-sighted thinking so well:

“In the history of humanity, spouse-beating is a particularly odious tradition—one often employed by men looking to exert power over women. Just as lynching in America is not a phenomenon wholly confined to black people, spouse-beatings are not wholly confined to women. But in our actual history, women have largely been on the receiving end of spouse-beating. We have generally recognized this in our saner moments. There is a reason why we call it the “Violence Against Women Act” and not the “Brawling With Families Act.” That is because we recognize that violence against women is an insidious, and sometimes lethal, tradition that deserves a special place in our customs and laws.”

Do you know someone who is being abused?

Until  next time, namaste.