It had been thirty years to the day since I met my father, a fact I mused only when I boarded the plane to see our shared kin in early June.

I got to see my dad less than a handful of times before he died in 1995 after we were separated by a parental abduction in the late sixties. And in all that time, I’m pretty sure he’d said less than 400 words total to me. Then he was gone.

From our first meeting, I could tell my questions about him would remain unanswered. My father was old. Worn. Tired. Mostly silent.

Who are you? Who were your parents? Why so many marriages, so many kids, so much chaos? And why didn’t you look for me?

Dad, then on the verge of his seventieth birthday, was content to sit in the corner of the room, slumped in his chair, mouth slack, intermittently lost in thought or slumber. He filled in some gaps for me, like why he hit my mother so long ago, how sorry he was for it, and how no one has the right to hurt another person. He injected humor to conversations around him  whenever possible. There was a time after my father died that I gave in to a sense of hopelessness. Now I’ll never get to know him sort of thing. And then I got caught up in the chaos of my own making and lost track of my new family altogether. 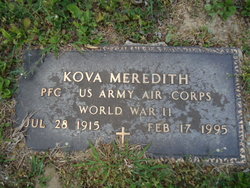 Ten years ago, I committed to make the journey from Alaska to Kentucky to visit family on my dad’s side every other year, and I’ve held to it. And with each trip, I’ve had the chance to get to know my dad just a little bit more each time through his family’s eyes.  Conversations with his siblings. His first wife. With my siblings. And now, many trips later, I feel like I’m coming to know him.

I learned that my father was a different person between his first marriage and the second, and different still when he created a third family, so although I have six siblings by my dad, we all had different fathers.

And there are some interesting facts I’ve learned that helped shape him.

My dad was born almost 100 years ago in a small home in rural Kentucky to a teen mom and her husband. The oldest of the eleven children who survived toddler-hood,  he lived through some rough times, including the Depression, and likely absorbed a lot of the violence and unrest in the home as older children do.  I’ve learned that he married young the first time, and that fidelity in a marriage came to him later.

I’ve learned that despite being forced to quit school in the fifth grade, my father was whip-smart and hard-working, which helped him survive the rough terrain of marriage and remarriages, accepting his wives brood in to his life while subsequently losing track of the children from the just-ended union. I learned that my father served in World War II, and became a machinist for the government and a business owner.

I’ve learned that my father’s father was no prince. On a visit to my grandfather’s grave, a complete stranger approached me at the cemetery and told me that he still remembers when my grandfather got mad at his farm pig and sewed his eyes shut to punish him.

If a man sewed the eyes of a pig shut for disobedience, what do you think he’d do to his oldest son?

I learned that my father was a respected brother and loyal son to his mother. I learned that he was committed to evolving over his life time, and became a faithful husband to his final wife, an involved church member, and a gentler version of his former self to his younger children.

We didn’t have much time together, but my dad left me a lot. I inherited his brown eyes and the ability to get a suntan in nanoseconds compared to my friends. I inherited a host of cousins and siblings and aunts and uncles. I’ve inherited dad’s quick temper, his dislike for holidays, and his belief in redemption.

And while I can’t say it’s a good thing for every person to find their missing family members, I can say this; every time I return back to my small life in Alaska from visiting my dad’s side, I carry a little less baggage and bank a few more cherished memories with family.

My goal over the next couple of years is to connect with some of my mom’s extended family.

Who’s missing from your life? What’s stopping you from finding them? Leave a comment below.

Thanks always for dropping by.

As I was leaving work today, one of my coworkers was glimpsing the news and shaking his head. “Second murder-suicide report in the last two weeks in Alaska,” he said, adding what’s on everyone’s else’s mind.

“Who in the world would kill a child?”

But  before you think this trend in an Alaska thing, a review of all murder suicides published in the Violence Policy Center’s studies titled American Roulette indicated that the bulk of murder suicides including those with children present are largely an extension of domestic violence. Their review of numerous murder-suicides answer the question that none of us can make sense of:

Who would kill a child?

* Mostly men. The Violence Policy Center notes that in 90 percent of the cases, the perpetrators are male.

* The perpetrator has access to a firearm. Very rarely is another percent of murder-suicides used another type of weapon.

* The perpetrator is under exceptional stress at the time, possibly because they fear their partner will abandon them, or they’ve suffered a long-term depression or a job loss.

I learned another interesting tidbit in this study. The greater the age gap between the perpetrator and the victim, the greater the likelihood of the murder/suicide.

In American Roulette, an analysis of murder suicides during the first half of 2011 revealed there were 313 events during those six months resulting in 691 deaths. Fifty-five of those were children under the age of eighteen.

Who would kill a child?

It turns out, those closest to the child’s mother are the likely culprits.

Do you know a family impacted by domestic violence?

Call the police if you suspect an incident is occurring.

Call child protective services if you know a child lives in a home where their parent is being abused.