As the deadline looms to get my memoir on the catalogue for 2016-17 release, I’m flooded with doubt.

What should I omit for the sake of not offending people?

Who have I inadvertently omitted?

How will I drum up an email base of potential readers in the next may many months and increase my platform?

And as I’ve continue plugging along, enjoying the beautiful Alaskan summer, the answers have come indirectly.

It was watching the movie Straight Outta Compton and reading some of the related blistering social network frenzy that answered the first one. The film gives a pulsating lesson in history from the perspective of rap star Dr. Dre. It is magnificent in it’s re-telling of a few talented artists emerging from gang life in the late 80’s. 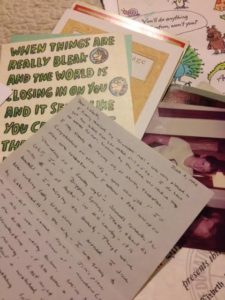 Several women who were intimately involved with Dr. Dre decades earlier recently got in touch. They shared their stories being victimized by him, suffering injuries, humiliation, and trauma that never resolved. Where were they in his version of truth?

My take on the matter was he was not lying or attempting to gloss over the ugly reality of his violence against women back in the day. Women weren’t important to the men of rap. They weren’t on equal footing, not considered cherished partners, not given the respect that they deserved. They were objects for pleasure. And that they didn’t matter in the 80’s to the men of rap meant they matter much in the re-telling of the story. Just because something happens doesn’t mean  it’s a part of the story-teller’s journey. This I know after many classes and edits.

(These women’s stories are important, and they should share them when and how they see fit.)

The point was driven home to me a second time. While I was clearing my room’s clutter last week I found a file box that was shoved way back in my closet. I opened it. Letters, cards, all that I must have opened at some point, were piled in no particular order. Some were from 1985, when I found my biological father and left college friends in Washington to meet him and the rest of my Kentucky family.

Some were from 1992, when I graduated from college. “Congratulations. You’re life is finally about to get easier!” This, after living in the shelter, after restraining orders to keep me and my girls safe, after living off food stamps. Now, I was about to see the fruits of my labor.

I cringed, reading these, knowing I would have less than two years of semi-normal before my girls were kidnapped and taken to Greece. 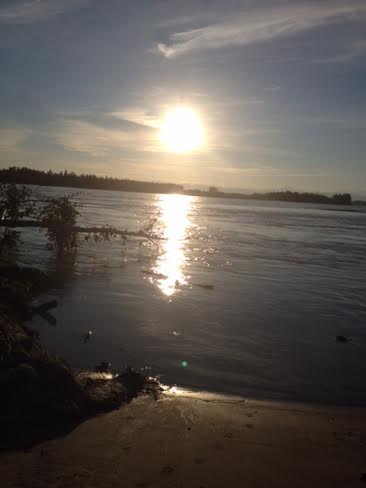 Then, the kidnapping cards. From my clients at the battered women shelter. From friends. From community members who read about my little girls being snatched by their non-custodial father in the newspaper. The sad part? I don’t remember having read these beautiful expressions of concern. I was too engulfed in sadness. And since I didn’t remember them, I couldn’t include them in my present-tense story. (But I am truly grateful now!)

I also dated a wonderful man through much of the two year trauma, but he didn’t make any of story. My true focus was never him, it was finding my girls.

So what belongs in my story? It’s my truth. What happened that transformed my life. Not every fact. My journey and it’s aftermath. And inevitably, someone will object.

And platform? I’ve written a mini-book, When Push Comes to Shove, that’s available soon! It will answer your questions on how to help when someone you care about is being abused.

What’s helped you clarify your story?

Have you ever asked yourself if your love interest is verbally abusive, or simply experiences bouts of unfortunate humanity?

Often, we issue labels for behavior without looking at the context. I think it’s worth noting that there are differences.

To review the verbal/emotional abuse continuum below.
Does your partner
awaic.org

I thought about this recently when one of my adult daughters entered in to a new relationship. When I heard her new beau teased her twice for having “bad grammar” after she’d disclosed she was dyslexic to him, I was ready to mow him over.

“He’s abusive,” I told a male friend with near certainty.

When I gave him the rundown on what little I knew, my friend stopped me. “He’s still a boy. He may be 27 years-old, but he’s still just a kid. He’ll only learn how to behave better if she lets him know her limits and expectations.”

Point well-taken. We’re not born knowing how to relate appropriately. We have to learn how to relate. And it requires feedback.

There are a few ways to determine whether or not the hurtful words spoken by another are emotionally abusive, or just a gaffe.

Domestic violence is when one person intentionally uses a pattern of emotional, physical, or sexual abuse for the purpose of controlling their partner.

The words have to be intentional.

The words must be a part of a pattern.  Repeated, not just one isolated incident.

Their purpose is to intimidate or control the recipient. That control could occur by wearing her down, having her second guess herself and her talents, or making her feel she isn’t capable on her own.

That’s different than just saying something mean, something we have all done at one time or another. And then there are those of us who experience compromised social skills due to a pervasive development disorder, mental health disorder, or other issue.The bottom line?To find out if your sweetheart is emotionally abusive, find the gumption early on to set a limit.

“I’m not stupid.  I don’t have bad grammar, and your saying so hurts my feelings.”

Then gauge the response. An apology is a good start, but it’s worthless if the insult is recurrent.

You deserve to be treated well. We all do. So set your boundaries, and observe how they’re respected by your partner. And if you determine you are experiencing any type of abuse, remember, information and support are available to you. Call 1-800-799-SAFE.