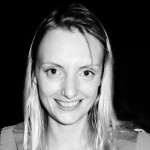 For me, entering a simple contest on Facebook hosted by United Kingdom author Gemma Thompson was one of those upsides. Being a part of A Girls Guide to Travelling Alone connected me with other female solo travelers across the world, and I have loved their stories and other stories they’ve written.

The book, available exclusively online, became a hit travel anthology in the United Kingdom, and this week, I’m  happy to have Gemma is my guest. Gemma is now balancing new motherhood to her beautiful baby, Rosa, and a writing career, so I greatly appreciate her time. 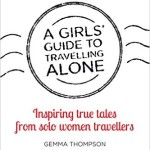 What inspired you editing the anthology?

On previous solo travel trips, I always packed books that could teach me a bit more about the area I was visiting, but were also travel narratives. I loved the idea of sharing someone else’s experience of a country, whilst I was having mine. However most of these books were written by men, and I wanted a woman’s perspective.

Were there surprises while putting it together?

I enjoyed reading all of the submissions, but some women’s stories (that feature in the book), took me by surprise by how emotional I got when reading them. These are extraordinary women. Brave, stoic and inspirational. They are also students, mothers, aid workers and TV producers. It was the women’s personal stories and backgrounds that captivated me just as much as their travel experiences. You can never judge a book by it’s cover.

What kind of diversity were you looking for to represent to your readers?

I wanted to hear from women of all ages and backgrounds. We all travel for different reasons. Whether it is to fulfill a lifelong dream, to escape and achieve a new perspective or just to have a change of scenery. What I love about travel is that plans will often veer off course, and usually for the better. It’s amazing what situation you can find yourself in, just because you pushed yourself that little bit further, or said ‘yes’ on a last-minute whim. As a woman travelling alone, it is empowering to feel your confidence grow, as you break out of your comfort zone.

What was the best feedback from readers that you received?

I’m going to quote Dr Wilson-Howarth, who writes for Wanderlust magazine. She reviewed my book by saying “This is a great anthology of tales from feisty females from both sides of the Atlantic that will amuse, inform, inspire, and maybe even horrify. I particularly liked Hayley Gislason’s observation “Travelling helped me with two things: forgetting about the things that don’t matter; and being grateful for the things that do.”

So I guess it’s two-fold – receiving some great feedback from someone I deeply admire, plus the underlying message in the book, as highlighted by Hayley Gislason.

Imagine you’re speaking to your baby girl Rosa when she is 17 years old and  just on the verge of adulthood. What is the message about solo travel that you will want her to receive?

Oh, the thought of my baby heading out on her own terrifies me! But I did it, and you have to let them go. My advice? – Just book that plane ticket. Do your research, and always be respectful to the country you are visiting. Try new flavours and new experiences, swim in the sea and wear your sun factor. Most importantly, don’t forget to pack your ‘common sense head.’ (and please call Mum when you can!)

What project are you working on next?

I’m setting up a website which will include a blog, a community for people to share their travel stories, advice for solo travel and hopefully, guest bloggers. I’ve also written a piece for Matador Network (hopefully it will be the first of many) and I’m always on the lookout for more travel writing. This will also feature on the website. I’m also tempted to publish a printed version of A Girls Guide to Travelling Alone.

How can readers best reach you or follow your work?

You can get a copy of the book for .99 cents on Amazon and iTunes.

With book promotion on my mind, I’m all about using social media. Years of writing classes and conferences have drummed home one consistent message: If a writer wants to sell their book, they will need to have a presence on social media.

I’d rather not. Truth be told, I only like talking to strangers when I’m on a trip far enough away from home that guarantees that these strangers won’t be a part of my ongoing daily life. I don’t know why we raise kids telling them not to talk to strangers, and then crucify  grown-ups who don’t like to. But that’s just me.

Still, as a writer, I do as I’m told. I’ve been striving to have a presence on both Facebook and on Twitter before the late September 2016 launch of my book. 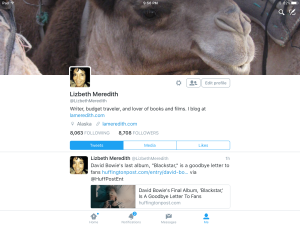 I find myself using every break at work to accept new Twitter followers and to look at my Facebook feed. I do everything on the fly, squashing it between work and volunteering and other fun stuff. I don’t put my reading glasses on when I’m happily accepting new friend requests and reciprocating with Twitter followers. I’m in a hurry! Let’s do this!

So last weekend, just home from a week of work in Bethel, I hit Like and Retweet indiscriminately. I was bruised and sore from two falls on the Alaskan ice, overwhelmed with our near-constant darkness, and then caught a glimpse of my gray grow-out. Like, like. Tweet, retweet.

I called my hairdresser, who said if I walked in any time before 4:00p.m., she could fix my roots. She’s cheap and good, and has a miniature pig named Roxie she lets roam the salon. Worth the long, icy drive across town.

I got there by 3:00p.m. “Can you come back in an hour, Hon?”
Sure. I could return in an hour. I’d just have to idle in the Walmart parking lot and catch up on Facebook in the cold, grey, Alaskan afternoon since I was far from home.

The sun was going down. I opened my iPhone to look at Facebook. I was thrilled to see a message from one of my seven brothers. This particular brother usually reserves contacting me until just before or just after I see him in person, once every two years, so I couldn’t wait to read his message.

“What gives? Are you a non-believer?” he wrote.

This, because I at some point hit Like on a post of another about the divisive nature of organized religion in the past, which reposted on his Facebook feed.

But I didn’t know it in the moment.

My bruises. My roots. My brother.

A homeless man knocked on my window as I idled in the car. Because it was now dark, his knock scared me senseless.

I was agitated. I sent a brief response to my brother, who sent back an even longer admonishment. I drove back to the hair salon by 4, only to hear that I’d parked wrong. I re-parked my car in the freezing darkness, only to hear that my parking job was still wrong. Could I please re-park a second time?

My brother fired back another message questioning my faith in God. I responded with great irritation. The world was ganging up on me. I drove away, forgetting my roots. By now I was sore. I was cranky. It was dark. And I was trying too hard.

I drove back home and looked at my Twitter feed. I had a new follower from Australia.

Then I got a direct message from her. I’ve never paid any attention to those, assuming that they’re spam.

Really?! I’m supposed to look at my Twitter followers? Why?

And then I looked at my Twitter followers and found it. A most graphic image of a follower, a sight I’ll never forget. Thank God my brother doesn’t have Twitter.

“You’re supposed to block unwieldy followers from your Twitter feed since other writers and artists will try to grow their own numbers by looking at who follows you,” my friend Lee told me later.

I learned a couple of things. You can hide your Facebook posts from specific people without unfriending them. And you can block people from following you on Twitter. 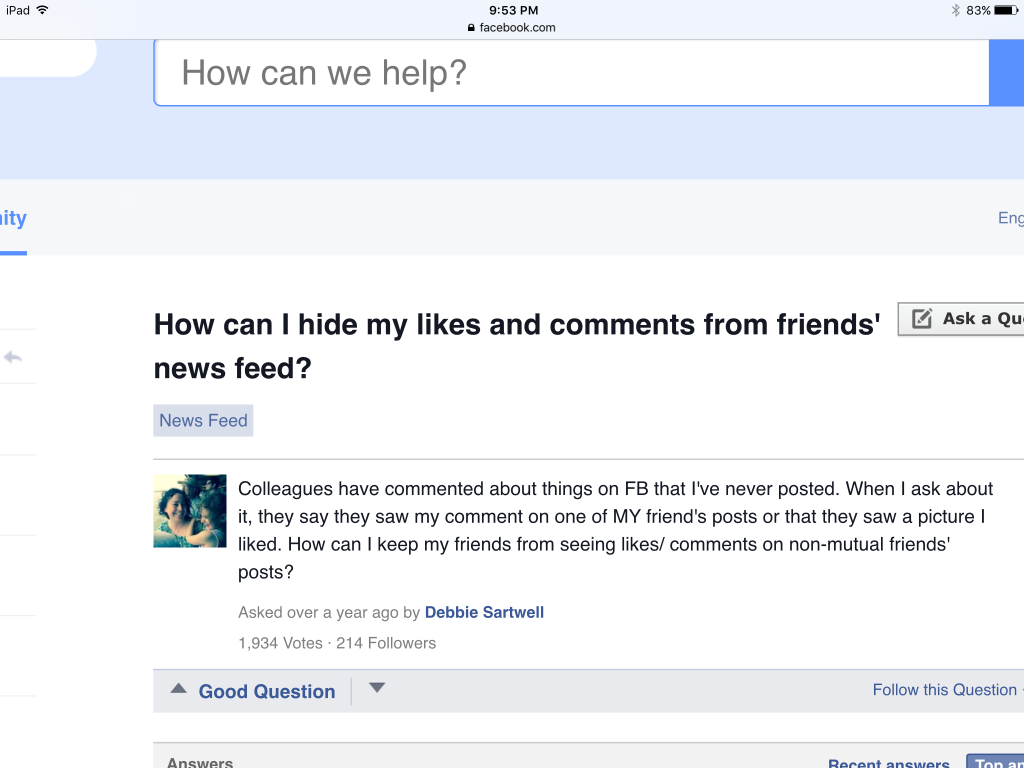 Before the night was over, I swapped cat pictures with my new Aussie follower. She’d just visited Alaska last year. I just visited Australia three months ago. We both write about budget travel, and are close in age.

And my brother? He sent me a message reminding me that if he didn’t love me, he’d have never asked about the status of my faith.

That was good enough for me, and for that, I’m lucky.

I’m learning a lot about social media. It might be too late for me to figure it all out before my first book is launched (PIECES OF ME will be published September 20, 2016 through She Writes Press).

But, please  remember that I’m trying, and I’m hopeful that in the end, I’ll get credit for good intentions.

Thanks for dropping by.