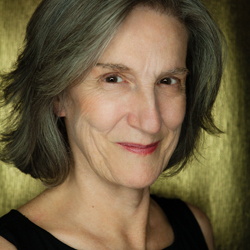 When a sixty year-old, twice-divorced woman starts to date again, she’s not pinning her hopes on an invitation to the prom. She is financially stable and professionally credentialed. She is a matriarch, a pillar of her church, a member of a choir. She has children and neighbors who might disapprove. She has a lot at stake. – Ann Anderson Evans

So begins the feisty memoir by author Ann Anderson Evans, Daring to Date Again, who shares her process for writing the unvarnished truth while maintaining sensitivity to those whom she wrote of.

As a memoirist, I write about events that involve other people. While writing Daring to Date Again, I ran into legal and moral issues, and assessments of delicacy and good taste. At some points I feared that I would not be able to publish the book because the information I possessed about dozens of people, mostly men I corresponded with or dated, was sensitive or intimate. They wrote about the regrets and problems involved present or past relationships, revealed details about their sex lives that they probably would like others to know about, and in some cases, the very fact that we were in touch with me would have been compromising.

Legally, I could not use whole emails, and could not use an entire poem. One of my favorite poems is The World Seen By Moonlight, by Jane Hirshfield. I wrote to her publisher for permission, and received back an email from Hirshfield herself saying how delighted she was that I wanted to use the whole poem instead of just a snippet. But her publisher sent me an application for a waiver, which my publicist told me would probably involve a payment. The publisher said I would have to wait a month or so for a response. I used a snippet. With regret.

I could not use entire emails, even if I didn’t identify the writer, his name was an alias, even if he had died. The styles of some of the emails I wanted to use were idiosyncratic to the writer, giving a whiff of a personality trait that would be better shown than told about. I used snippets. With regret. 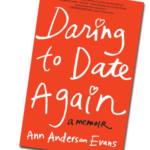 The moral judgments regarding dating itself are dealt with in the book; here I am writing about my judgments regarding what information to include. I had to proceed on the premise that a lot of people would read the book – if hundreds, thousands, millions of people read it, it would be too late to take anything back. Writing with the mindset that “nobody will ever read it” would be crippling.

I decided not to use the real names of any of the men involved. Recent books presented as memoirs have been discredited because they were partly fiction, so I wanted to keep the proof that everything I wrote about had happened. Most of my dating happened through dating sites and email, and I have in my closet a carton containing printouts of a couple of years of emails that buttress the facts and people discussed in the book.

There were certain men who had lied or behaved badly, and I was dying to use their names, but to what end? That guy in Texas is such an asshole that I doubt his neighbors and family need my book to tell them that. The man who said he and his wife had decided to have an open marriage when she had said no such thing will have to find his own hell (which, according to him, was his marriage). It felt good writing out our story together; that will be revenge enough.

One man died a year after we spent a loving month together at his home in Harare, Zimbabwe. That is the longest and most affecting part of the book, and if his children eve read it, they will recognize him. About fifty pages of the book are about my visit, so I revealed a lot of information. Without writing about his whole life as I shared it, I would not have conveyed my love for him.

After all this thought about the law and morality, I confess that I would not have written this book if my mother had been alive. It’s not that she would have criticized my behavior or my thoughts, I just did not have a relationship in which we shared our intimate thoughts. My son read the book and loved it. My daughter picks through it, getting a little bit of information at a time, and, to tell the truth, it is not half as salacious as some people think it is. I wrote the truth as I see it, and have no compunctions about my daughter reading it. Even the happy ending to my adventures, my husband Terry, has read it. But my mother……

The Amazon book reviews write that I was “sassy,” “brave,” adventurous,” and so on. I doubt the reviewers could guess how cowed I was by my mother.

In other words, your obstacles as a writer are more within you than in the law or even the rules of civilized behavior. Here’s Annie Dillard’s advice:

One of the few things I know about writing is this: Spend it all, shoot it, play it, lose it, all, right away, every time. Don’t hoard what seems good for a later place in the book, or for another book; give it, give it all, give it now. The very impulse to save something good for a better place later is the signal to spend it now. Something more will arise for later, something better. These things fill from behind, from beneath, like well water. Similarly, the impulse to keep to yourself what you have learned is not only shameful; it is destructive. Anything you do not give freely and abundantly becomes lost to you. You open your safe and find ashes.

You can find Ann’s book on https://store.kobobooks.com.

Connect with her on annandersonevans.com.

It’s hard to explain in a sentence why I was so hurt.

My bedroom was a crime scene. Pinky, my 49 year-old stuffed rabbit, had been taken from her shelf of honor by my cat, her throat ruthlessly slashed, and her innards splayed all over my bedroom floor. I was crushed. 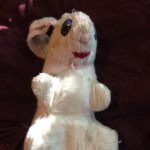 Pinky is one of three relics left from my childhood. She’s survived countless moves, a house fire, and an early violent marriage which ended with most of my belongings being destroyed.

Her first near-death experience came at the hand of my mother. My mom, whom I write about in my memoir, was often a domineering and tortured soul who worked hard to pay the torture forward with her kids. And yet it was Mother who went to the dump to find Pinky after her efforts to dispose of my hard-loved Easter bunny, replacing her with a newer model left me as me sleepless and bereft. I don’t know how many hours it took to find Pinky among the rubbish, but it meant everything to me to have her back. She lost an ear and her button eyes, but the core of her remained.

Pinky represents everything I’ve agonized over writing about in Pieces of Me. Did I give my mom enough dimension? Were any of my former husband’s charms shared in enough detail that my reader would know why I married him? And does my meddling sister’s good intentions ever seep through my anger?

Amye Archer, author of Fat Girl, Skinny wrote a wonderful piece in Brevity Magazine about this in her article Writing the Truth in Memoir: Don’t Skimp on Objectivity after struggling to write with balance about her first husband.

“Through revision, I have learned two important lessons. First, it was more important for me to be honest than vengeful, and to show the reader why I fell madly in love with this boy, to build a connection to him emotionally, a connection that would break down that wall I had put up.”

None of us are fully angels or fully devils. I hope I’ve succeeded in my first book to add dimension to my characters.

I look forward to hearing your thoughts once the book is published.

Meanwhile, thank you to my childhood friend Marti for mending Pinky back to her former old self.

Next post will be author Ann Anderson Evans about her book Daring to Date Again.

And here’s Pinky’s perpetrator. A handsome, flawed fellow himself. 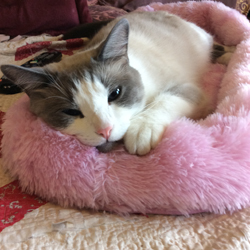