Last year, I remember telling any number of loved ones in other states that I’d likely see them in the upcoming months as I launched Pieces of Me: Rescuing My Kidnapped Daughters.

“I’m sure I’ll have a book event somewhere near you,” I said with such conviction.

Looking back, I think I must’ve temporarily lost my marbles. Had I assumed a magic carpet would arrive at my door after my book launched? 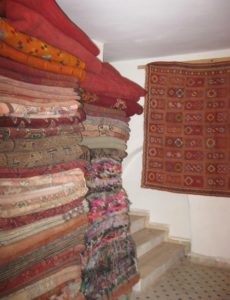 Book events, especially those out of my hometown in Anchorage, Alaska, have been anything but easy to coordinate.

I’d thought as a debut author published by a small press, indie bookstores would open their arms and doors wide for me. I’m indie, you’re indie sort of deal.

But it hasn’t worked that way. I’ve commiserated with enough other authors in the same boat to know I’m not alone. We’ve learned that when our PR contracts end, we’re often invisible to the bookstores.

For example, I called The Village Bookstore in Bellingham, my old college stomping grounds where I still have a lot of friends. Village Books has a lengthy application form for authors (as do many independent bookstores), and they charge an hourly rate for consultations with authors to discuss the possibility of having an event. Really? Like I haven’t up-fronted enough costs on this venture, I wanted to say.

So I called Bellingham’s Barnes and Noble.  It’s free to chat with them, and I know they’ll order the books and pay shipping for them and do some marketing, so essentially all I have to do is show up. The event planner told me to email her a follow-up request, and said since I was already in their system, having done a Barnes and Noble event before, it’d be easy. So I emailed. And emailed. And called again. Nothing.

I’ve found this experience duplicated with bookstores in other cities like Fairbanks, Seattle, and Portland. So I began asking the bookstore owners what I needed to do to convince them to host a book event for me.

Here are 5 tips they offered, and once I employed them, the doors opened wide.

I’ve found that coordinating events out of my home town is not a passive process. If I simply give up after one or two emails or calls, I will not get the desired results. So I’ve nagged and cajoled and made myself known to the events planners and bookstore owners.

And now, Pieces of Me: Rescuing My Kidnapped Daughters will meet some other parts of the country. And for that, I am truly grateful. I’m also grateful that Pieces of Me is in its second printing, and grateful for the reader’s reviews on Amazon and Goodreads.  They make a huge difference in sales. Thank you.

Do you have friends in Seattle, Toledo, Portland, or Louisville that might like to attend one of my book events?

Please forward them to lameredith.com/upcomingevents.

It isn’t every day that I’m introduced an actress and writer, especially one from the United Kingdom. I’m so pleased Angela agreed to be a guest today. 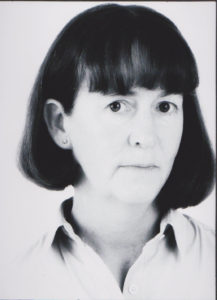 Angela’s novel, Messandrierre, is the first in her new crime series.

Sacrificing his job in investigation following an incident in Paris, Jacques Forêt has only a matter of weeks to solve a series of mysterious disappearances as a Gendarme in the rural French village of Messandrierre.

But, as the number of missing persons rises, his difficult and hectoring boss puts obstacles in his way. Steely and determined, Jacques won’t give up and, when a new Investigating Magistrate is appointed, he becomes the go-to local policeman for all the work on the case.

In this excerpt, a little boy named Pierre Mancelle, who dreams of one day becoming a policeman, inserts himself into Officer Jacques workday.

“Junior Gendarme Mancelle reporting for duty, sir,” shouted Pierre as he cycled past Jacques and stopped just ahead of him.

Jacques saluted and smiled as Pierre got off his bike and tried to match Jacques’ pace as he continued along the path to the top road.

Pelletier met him outside the farmhouse. “Beth all right?”

Jacques nodded. “She’s at home resting.” Remembering that Pierre was at his side he squatted down to talk to him. “This is a real crime scene, Pierre, and I’m needed to help with the removal of evidence. So I—”

“Are there any dead bodies?” Pierre asked with an inappropriate enthusiasm whilst straining to see what might be going on inside.

Jacques suppressed a smirk and glanced up at Pelletier who was grinning.

“We don’t know yet,” he lied. “But the thing is, Pierre, only senior gendarmes are allowed at a crime scene so that means that I’ve no one to look after and patrol the village. So I need you to do that for me. OK?” He rose.

“Yes, sir,” said Pierre and set off along the top road to ride around the village.

Thank you for being here, Angela!

Was there one event that led you to decide to write for publication?

Yes, I submitted a story for a competition in a magazine called Ireland’s Own. Then I forgot all about it and went to France. When I got back, amongst the mountain of post that I had received, was a letter from the Editor of the magazine offering me €40 for my story. I hadn’t won the competition, but my piece had been picked out to be included with others in an anthology. Naturally, I said yes. On my bookshelves, in my office where I write, I have a picture of the cheque. When the going gets tough, I look at it and remind myself that my writing does have value!

How has being an actor influenced your writing?  And vice-versa, how has your acting changed, now that you’re a writer?

I think they have grown hand in hand throughout my life. I started acting at the age of 6 and quickly realised that I’d found something that I could do without my brothers and theatre became a permanent fixture in my life.

Telling stories is also something I’ve grown up with. Saturday afternoons reading fairy tales with my dad supplanted listening as he told me bedtime stories. As I grew older I began to make up my own stories. For me it was a logical step from telling stories to writing them down.

As an actor, I have to take the script and build the character I’m playing into a living breathing person for the audience to see and believe in. Once I’m in costume and make-up and I’m on that stage there is only 10 per cent of me there – that’s the bit of me that I need to keep me saying my lines, breathing and moving. The other 90 per cent is the character that I have come to know through rehearsals where, in conjunction with the director, I build that person from the toes upwards. I look for clues in the text, the stage directions, the emotions behind the lines. A character on stage has to behave like a normal person. They may have an accent, a particular tone of voice. All of these details I think about in advance.

As a writer, I build my characters in my books and stories in the same way. I know what colour their eyes are, I know what their greatest regret in life is, their most wanted hope, their favourite colour… It’s all about the detail. Being an actor and a writer kind of goes hand in hand, really.

Which writers have influenced you the most?

I suppose Shakespeare is one. I’ve been learning, reciting and reading his work since I began working on stage.  I also love the lyrical quality of the books of Thomas Hardy, and Nathaniel Hawthorne and the colour with which D H Lawrence peppers his stories.

I started reading Conan Doyle and Agatha Christie as a teenager and they must figure in this list somewhere as I often revisit their stories whenever I can.

I studied William Golding at school and I’m now the proud owner of all of his books which I like to re-read from time to time.

Lastly, my earliest influences were the brothers Grimm, Hans Anderson, Perrault and Poe.

Messandriere is available in print and digitally.

You can find Angela’s books at:

You can find Angela at: