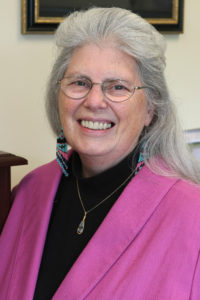 In 1992, when I was a welfare mom trying to finish my degree before my girls were old enough to feel the stigma of poverty, I met a professor who immediately felt like family. Later, it made sense. Not only was Professor Ginny Carney an inspiring and nurturing person,  her roots from Southern Appalachia were close to mine from Eastern Kentucky.

Before she moved  to Kentucky from Alaska to live near Berea College,while she attended graduate school, Dr. Carney became Ginny to me, a treasured friend and confidante who helped me believe that anything was possible.

Though I’ve not seen her in person in more than two decades, Ginny Carney remains a mentor and a dear friend.

January in National Mentoring Month, and I’m so pleased to have one of my favorites here today.  Thank you, Ginny!

Who mentored you and fostered a love of stories and literature?

Neither of my parents was a high school graduate, and they were probably never aware of what a strategic role they played in cultivating a love for words in their children; both my mother and father, however, were avid readers and would often tell stories, sing ballads, or recite long poems from memory. Although we were very poor, they always subscribed to a newspaper and a couple of magazines, and when I was about three, they found a way to “buy on time” a set of the Book of Knowledge Encyclopedia. I loved those books, and somehow, I learned to read from them by the time I was four years old. Since our family had no car and no electricity, reading introduced me to worlds far beyond Southern Appalachia, and I developed an insatiable appetite for books.

When did you know you wanted to mentor others? How did it begin? Was it through foster parenting or parenting?

I’ve never really thought of myself as a mentor, but for as long as I can remember, I have had a passion for learning—and I have always wanted to share that passion with others. By the time I was four years old, I already had three younger siblings, and playing “school” with them was excellent preparation for my years ahead as a mother/grandmother/great-grandmother.

You enjoyed a second career after nursing. How did that come about? Was there a pivotal moment when you knew you wanted to be a professor?

My childhood dream was to become either a medical doctor or a registered nurse. Due to lack of financial resources, however, completing college was a much greater challenge than I had anticipated. After getting married in 1963, I did begin applying to nursing schools, but was stunned to discover that none of these programs accepted married women (a story in itself!).

I did eventually complete nursing and work for several years as a pediatric/NICU nurse, but adopting a sibling group of four (ages 2-6) in the late 1980s, eventually compelled me to think about a profession that would allow more time with my family. Subsequently, I enrolled at UAA, where Dr. Arlene Kuhner (Professor of English) became an incredible mentor/friend, encouraging me to be proud of my Cherokee/Appalachian heritage, and to incorporate that into my writing.  I completed an M.A. degree in English in 1990, was privileged to teach at UAA for three years prior to my acceptance into a PhD program, and I continued working in higher education until my retirement in 2016 at age 75.

Do you have any advice on how emerging writers can find a mentor? Are there secrets you have learned in being a mentor?

Of course, it would be wonderful if every emerging writer had a trusted mentor of his/her own. Often, however, mentors are individuals who don’t necessarily think of themselves as mentors, but who, as a result of life’s experiences, have gained a wisdom, compassion for others, and encouraging spirit that they instinctively share with others—especially with those who may be going through similar experiences. Therefore, emerging writers (of all ages) often find that their greatest support comes from authors like you, Liz—writers whose stories they may have only read, but whose words light an inextinguishable flame of creativity and hope within them.

Of the hundreds of narratives that I could share, this story of an elderly Ojibwe woman in Minnesota is one of my favorites:

After outliving three husbands and retiring as a Licensed Practical Nurse, 85-year-old Miss Lois said, “I’m bored! Maybe I’ll take a moccasin-making class at the tribal college!” So, she enrolled in that one class, and she so enjoyed being with young college students that she decided to enroll as a full-time student.

One of the classes she took was my American Indian Literature course—a course in which we read about and discussed a number of emotional topics, including the Indian boarding school era, which has resulted in PTSD for thousands of American Indian/Alaska Native students and their families. At first, Miss Lois only alluded to the sexual abuse she and other young children had experienced at the hands of their “teachers,” but one day, she began joking about a group of girls “ganging up on a priest and tying him up.” Her young classmates (who had never attended boarding schools themselves) did not laugh.  Instead, they voiced indignation that their elders had “put up with” the physical and sexual abuse inflicted on them in many American and Canadian boarding schools. At that point, Miss Lois, who always seemed full of laughter and fun, shocked her classmates by breaking down in tears, and she began pouring out things she had kept inside for almost 80 years.  During the next several classes, other students began openly sharing their stories of incest/sexual abuse, and Miss Lois became their trusted (and highly esteemed) confidante/mentor. She went on to graduate from college, touching untold numbers of lives with her stories in newspaper and television interviews, as a participant in numerous panel discussions, and in her handwritten memoirs. 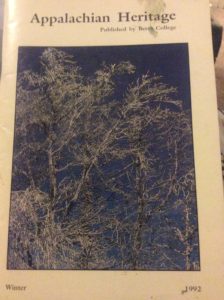 My New Year began with a cruise vacation on Holland America’s Eurodam, where I enjoyed sunshine, fireworks, good friends, and a break from social media and work.

I’d needed a vacation. And here’s what I loved most: 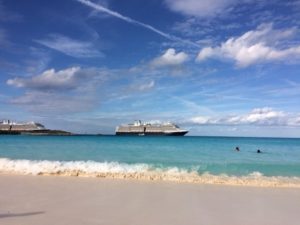