Love at the Speed of Email-Interview with Author Lisa McKay

After sailing through her fascinating memoir in which issues of love, faith, work, and passion are examined, I interviewed author Lisa McKay. Lisa, who presently lives in Laos, answers questions about Love At the Speed of Email as well as the writing process, and her thoughts on traditional versus self-publishing.

Below is an excerpt from her book.

What drives any of us to stick with something for years when it’s not a constant carnival?

For many, a need to pay the rent and eat, clearly. But that’s not all. Few of us who live in the Western world must do exactly what we do to feed and clothe ourselves. Many times our career choices are really more influenced by a cocktail of duty, fear, apathy, talent, priorities, and passion. Alternate lives, at least one or two of them, often lie within reach.

Thank you so much for your time, Lisa!

Can you describe LOVE AT THE SPEED OF EMAIL for us?

As for what I’m working on next, I’m not sure. Long term I know I want to write more books, but not in the next couple of months! A couple of things I know I will do in the next six months is guest posting to help get the memoir off the ground and starting to write more on the topic of long distance relationships. If you have a blog and you’d like me to guest post for you, do let me know! I’d love to hear from you.

Lisa McKay can be reached at www.lisamckaywriting.com 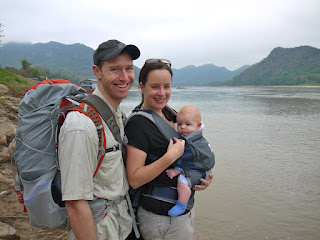