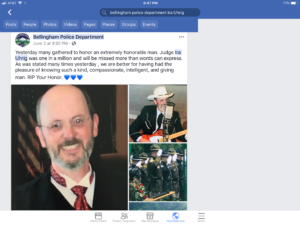 At times, something long-expected arrives unexpectedly.

I’d been deliberately scaling back on Facebook in May. Partly to manage my writing time better and largely to reduce anxiety, for a while, I embraced the calm.

And then, I had a sick feeling. I’d not heard from my old friend Ira in a couple of weeks, even after writing him twice about his birthday.

I pulled up his Facebook profile, and there it was.

It never occurred to me that my dear friend would not be there to speak with me about the death of my dear  friend. It never dawned on me that I would find out on social media that his non-Hodgkin’s Lymphoma he’d fought for years was finally over.

I met Ira Uhrig when I was 19. He was a young lawyer in the town where I first attended college. A friend set us up on a blind date, and while I wasn’t mature enough then to understand that a loyal, humorous, intelligent, artistic, compassionate, and hard-working person could indeed be the catch of a lifetime, we became instant and lifelong friends. (Not too much later, a lovely mutual friend was smart enough to realize what I didn’t, and wisely scooped him up!)

In June of 1985, I met my father and so many more siblings, aunts, uncles and cousins than I knew existed. What a lifelong game-changer. Ira thanked me for the opportunity, and after every family reunion I have attended since then, he’d been so ecstatic to get my family’s updated photos.

Ira had his own chapter in my memoir in its early drafts. By the time the final edits were complete, he was mentioned in a page, a fact he loved to tease about. He couldn’t have been more supportive, buying copies of Pieces of Me for friends and colleagues alike, asking them if they wanted him to autograph his page. 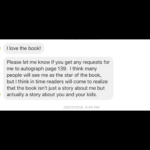 I will miss getting daily Facebook updates on what happened on this day in history. I will miss Ira’s corny jokes and frequent YouTube forwards of old gospel or country music. I will miss his words of encouragement, his genuine interest in all of the people in his world, hearing stories about his work as a judge, and the updates about his large and talented family.

Last year, after a Seattle book reading/signing event at the University, I took a train to see Ira one last time. It felt like a goodbye. But then he bounced back. It seemed as though he was beginning to make gains on his health concerns.

At times, something long-expected arrives unexpectedly. And the hurt inflicted is both dull and sharp.

Ira’s death is sad for his family, the Whatcom County community,  and for all who knew him.

I read that death leaves a heartache no one can heal. Love leaves a memory no one can steal.

Thank you, Ira Uhrig, for not only reuniting me with my father, my birth name, and my family, but for decades of memories. I will hold them close, forever.