Do you keep a journal?  Have you ever heard of a writer’s process journal?

It’s essentially a writer’s diary noting the progression of their project.

My challenge in keeping one is that I’m currently working on three projects.

Given that I’ve never written a murder-mystery before, it’s been quite a journey. I’ve spent four months following up on one lead after another that ultimately fizzles. Then my luck changed. This past month, I’ve met with a retired judge who helped coordinate Anchorage’s first battered women’s shelter, a colorful lawyer/author who was Muriel’s son’s guardian ad litem, and spoken with some of her school mates. There’s hope yet.

I can’t recall the first time I heard the name Muriel Pfeil.

I was a girl of twelve the day she was blown to bits, but I didn’t hear of it then. That was during the pre-internet times, and I lived 25 miles away, part of a family that didn’t follow the news.

I was a young woman of twenty-one, just on the verge of stepping off a cliff and marrying the man who would soon try to take my life the day Muriel’s brother Robert was executed on the way home from his job as an airline pilot.

I was an earnest professional of twenty-eight, fresh out of college and off food stamps with two little girls, working at the very battered women’s shelter my daughters and I took refuge in when I began hearing other women’s fear about Muriel. It had been sixteen years since the bomb had detonated. “My husband tells me if I leave, don’t dare turn the ignition,” or “How would you like to be the next Muriel Pfeil?”

I was a middle-aged woman attending a Christmas party when I overheard a few people talking about the abduction of Muriel’s little son to the Marshall Islands, and a whispered comment about the judge there who heard the interim custody proceeding who died under suspicious circumstances.

Too many days in my adult life have been haunted by the story of Muriel Pfeil. A finer writer would take the high road and stay out of the story, but I want to be up front with you about why I need to tell her story.

We couldn’t be more different, Muriel and me. She was well-bred, expensively educated, and enjoyed all the privileges forthwith. By all accounts, she came from parents who loved one another and were protective of their children. I am the daughter of two high-school drop outs who likely meant to.

I’ve dined with some of her high school mates, now in their seventies, who have assured me in so many words that Muriel and I would have never been friends. “She was too good for me,” one man said. “Her nose was always up in the air.” Others described her as aloof or reserved.

Whatever the case is, we’ve been together for too long. I waited for someone else locally to tell the story of Neil Mackay and Muriel Pfeil. And now I’ve stopped waiting. 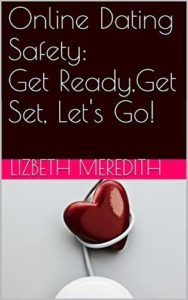 My hope with this venture is that I can introduce you to the real Muriel Pfeil and to Neil Mackay. That we can see what life in Alaska was in the 70’s for women who left their spouses. I hope to explore some of the alibis given in this yet-unsolved murder involving a beautiful socialite and her older, less-beautiful, attorney ex-husband.

I also hope to ensure that Muriel’s memory is eternal, and that in turn, she will let me live the balance of my life in peace.

Last but not least,  I’ve done a few things to promote my platform.

I was interviewed as one of the audio-portraits for the national Futures Without Violence Conference this month.

I released my handbook on Amazon–Online Dating Safety: Get Ready, Get Set, Let’s Go! for a mere 99 cents!

And I was invited last-minute to give a reading of my essay Healing from A Girl’s Guide to Travelling Alone at a gathering. Another writer had cancelled, and I’m thankful for it. What a fun way to connect! Thank you to my dear friend Susan for giving me the chance.

The seasons are changing. I’m looking forward to getting more serious about my writing. How about you?

This week, I enjoyed reading Sam Gentoku McCree’s piece on Ten Steps to a Grateful Life.

Having a grateful life is a discipline. 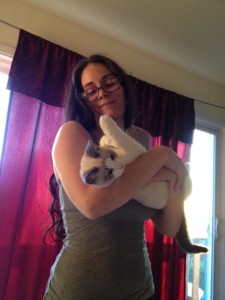 It’s not difficult for my mood to tumble this time of year. It’s dark in Alaska for much of the day. My energy dips just as my work chaos soars. And then there are upcoming social functions associated with the holidays that I loathe given my crowd-averse nature.

But I’ve made a point of penciling in times of gratitude in my day to day life. I wake up ten minutes early each day to give thanks, and in doing so, realized how much I appreciate the surprise sources.

Case in point: I am naturally drawn to darker topics, so after much consideration, I decided to piece together the life and death of Muriel Pfeil, who died in 1976 in Anchorage. The story is everything I write about already: domestic violence, international child abduction, the works. The trouble is I don’t know her family or friends.

I got a couple of names through a friend of mine. Two lovely women who have been friends for sixty-plus years were gracious enough to take me to a Thanksgiving party hosted by the Alaskan Pioneers yesterday to do some digging around.

Yes, I actually signed up to hang out with a group of strangers and socialize.

Two hours later, I felt like a part of a great new supportive family. I’d been tentative when it began. ”I’m thinking about writing the story of…” but with the encouragement of my dear hostesses, I left with many new contacts and a greater conviction. I’m not thinking of writing the story of Muriel Pfeil. I am in the process of writing about Muriel Pfeil. And I so appreciate the support and enthusiasm of my new friends.

There are always the typical things I’m grateful for, like my wonderful daughters. They’re happy (mostly). They’re healthy. They’re working. I even managed to get one of them to move out of the house. I’m grateful for my kittens. My extended family and friends. My work. My health. My volunteer work.

But I’ve scaled back on some things and it’s given me time for a bit more rest, and for writing workshops and coaching. I have created space again.

Thanksgiving is here. What are you thankful for?

I’m always thankful to connect with you here.

PS– I learned that A Girl’s Guide to Travelling Alone by Gemma Thompson is now available on Amazon. I’m pleased to have my essay  titled Healing included.

Were the good old days really that good?

Not to Alaska resident Muriel Pfeil. 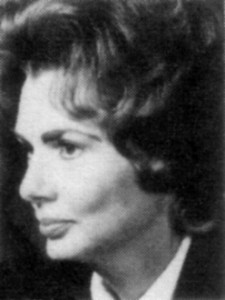 In 1976, Muriel got into her car in downtown Anchorage, turned the key, and was blown to bits. Someone had planted a car bomb.

At the time, Muriel was not much past forty and had been through a rocky divorce and custody battle with her former husband, lawyer Neil Mackay. Mackay was later acquitted of murder charges. More than eight years later, when Muriel’s brother fought for custody of his nephew and for control of Muriel’s estate, he was executed on his way home from work.

I became a domestic violence advocate in 1992, sixteen years after Muriel’s death. Time and time again, battered women I met with indicated that Muriel’s death was used by their partners as a means to maintain control. “Leave me and you’ll go down like Muriel did.”

I know of no other women in Anchorage killed by their partners in that exact fashion, but just the threat of a car-bombing proved to be a powerful tool to keep women in abusive relationships.

I think about Muriel’s death and the murder of her brother with some regularity. I’m not the only one. Just this evening, a friend mentioned a Muriel Pfeil conversation at a party she attended last week. So much time has passed, and we’re still pondering how such a horrible thing could happen in our community.

What would I tell Muriel Pfeil about how we have evolved since her murder?

I’d like her to know about mandatory domestic violence arrests now. That we’re moving beyond asking questions like Why does she stay, and moving towards holding offenders accountable for their actions. I’d want her to know that she wasn’t alone in being a victim, and that now, we have shelters across the world that assist victims of interpersonal violence to find safety and support.

What lessons can we learn from the life and death of Muriel Pfeil?

1) Domestic violence is far too common. One in three women worldwide report being injured by an intimate partner within her lifetime.

2) The most dangerous time in an abusive relationship is just before or immediately after leaving.

3) The violence can extend to other family members, not just the intimate partner of the abuser.

Do you know someone in an abusive relationship?  Refer them to 1-800-799-SAFE