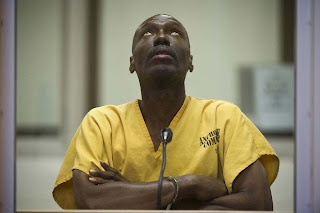 Many months ago, the Anchorage Daily News reported a brutal stabbing.
Fortunately, the victim lived. Her story wasn’t so  unique. Her former boyfriend, who didn’t appear to harbor ill-will towards her about their break-up two months earlier, apparently did. He stabbed her nearly to death.
Reporter Casey Grove interviewed her days later, and asked the victim why she had been with a man with a checkered past.

Instantly, I was transported back to the 90’s. Back to a time when part of my job as a domestic violence advocate  was providing lectures and workshops for community panels, law enforcement, and other providers. Domestic violence was the new hot topic. It was just after the death of Nicole Brown Simpson, and suddenly, abuse in relationships was no longer a secret. What was on the minds of the audience? More often than not, it was Why Does She Stay?

The other part of my job as an advocate was to work with abuse victims. On any given day, I would see three to five women who had either just left the battered women’s shelter or had never been in it. Most appointments had been scheduled in advance, but sometimes women at wits-end simply walked in unannounced and needed to talk to someone. I loved being that someone. I got to listen to her tell her story, suspending the judgment or hope that a family member or friend might have about whether she should stay in or leave the relationship. I would ask questions meant to spur thought, and give general information about safety and emergency planning. I referred her to an information and support group that was attended by other victims of emotional, physical, and/ or sexual abuse. And week by week, she muscled-up emotionally by meeting with women in similar circumstances and hearing their stories of survival. She would learn to tell her own story. A year or two later, often that same woman who had timidly walked through the door now returned, transformed. She was making a life for herself without abuse, and proudly volunteered her skills or made a donation to the center. The bonus for me was obvious: I inhaled second-hand strength.

Some women left their abusers. Many of them went on to have fabulous lives afterwards, advancing their education, employment skills, or enjoying a loving relationship with a different partner.

For others, the consequences for leaving were tragic. They plunged into poverty. They were injured or killed. Or even worse, their children were put at risk.

I took the survivor’s stories to help with the community outreach.

The truth about leaving a violent relationship is it’s  no guarantee to safety or to happiness.

Perhaps the reporter could have asked different questions. Why did this man stab a woman he once loved? Why do we focus on  domestic abuse victim’s choices for partners rather than the abusers actions? And how can we collectively work to end domestic violence in our world?