I knew that blogging would lead me to other writing projects, and it has. Today, I was interviewed on Love My Kindle.

Below is part of the interview. Go to http://www.lovemykindle.com/love-these-interviews/interview-with-author-lizbeth-meredith for the whole read.

SO, my venture on Match last spring didn’t produce a love match, but it did produce a mini-book and a few new friends, and a few blog posts like the one below. Not too shabby, I’d say!

Thank you to the staff at Love My Kindle, and thanks for reading faithfully.

I keep plugging along in my efforts to get out of the house and mix it up a bit with Match.com. 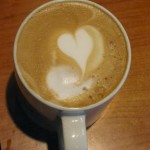 Partly driven by my hope I will meet someone I adore, and mostly driven by my need to get new stories for my novel, I’ve made a firm commitment to have twenty different coffee dates by summer’s end.

One of my favorite moments in every online date is when the hour is wrapping up, and I ask him to tell me about his worst online dating experience so far. (This will become significantly less enjoyable once my date mentions that it’s been his time with me, but so far, so good.)

This weekend’s coffee date was a pleasant-looking Lutheran construction worker who had sole custody of his four children, ages 7 and up. He told me he’d recently injured his heel and had surgery, and his online date met him at a restaurant/bar soon after he was ok’d to drive again.

She told him that she was a social worker, and chatted him up easily. She’s enjoyed an adult beverage  or more before his arrival, and within the first half hour, she planned their future together out loud told him she’d hold off meeting his kids for the first month. He said he was terrified.  “My son needs a ride to soccer soon,” he told her, excusing himself early from the date.

“Do you need help driving, with your foot and all?” she asked sweetly,  looking down at his cast.

“Nope. Thanks. I’m good. “ He said he gave her a quick hug goodbye and left, fast as he could. He’d driven his company car to the date, and as he was about to get in, he felt someone approach him from behind.

It was her.  She put a hand in each of his pockets with her cheek resting on his back. “Need help finding your keys?” She rooted around in a grabby manner that told him she was not actually looking for his keys. 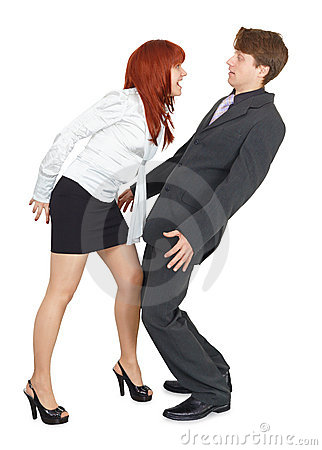 The following Monday, his dreadful date called him at work. She’d made note of the phone number on the company vehicle, and continued to ring him for a week or more afterwards.

What can be learned by such a dating disaster?

Mr. X said he didn’t realize until returning home that his hands were shaking. It was scary. Had the situation happened to me,  I’d be mortified.

I cannot tell a lie; I enjoy the stories I hear of dates gone wrong much more than dating successes. But they’re also why I tell anyone who will listen to exercise universal precautions. It’s better to plan for safety unnecessarily than it is to be caught unprepared.

Have a great week.