Just before my initial book launch, I had the pleasure of meeting author Ashley Sweeney and her husband Michael as they were wrapping up Ashley’s book tour in Alaska. Their chemistry was obvious, as was their mutual respect. And as it turns out, their romance ignited the spark that turned in to the award- winning novel, Eliza Waite. 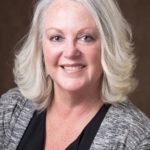 I’m thrilled to have Ashley as my blog guest today.

Q: What was the inspiration for your debut novel, Eliza Waite?

A: The idea for Eliza Waite was born on my first date with my husband, Michael, in the fall of 2008. While hiking across largely uninhabited Cypress Island in Washington’s San Juan Islands, we came across an abandoned cabin perched steeply above the beachfront on the island’s remote north side.

We were curious. The small, rustic cabin sat in sad disrepair, missing its door and windows, and sporting a sagging roof and mouse droppings throughout. It was evident that no one had lived there for a very long time.

But who had lived here? And what was his or her story? I couldn’t get the image of the cabin out of my mind, and from that chance discovery, I began crafting the novel.

Q: How did you research and promote the novel together?

A: Eliza Waite recounts the story of a disenfranchised woman who finds her way in the world, first as a lonely preacher’s widow in Washington, and then as a successful business owner and enlightened woman in Skagway, Alaska during the Klondike Gold Rush of 1898.

Both Michael and I derived much pleasure researching for the novel, which took a full six years. We especially enjoyed our first trip to Alaska together in 2013. We cruised up the Inside Passage and stopped in Ketchikan, Juneau, Skagway, and Anchorage (Michael had spent much time in rural Alaska in his career as a fisheries biologist; I’m a native New Yorker and had never been to Alaska before). At each of the stops, we conducted interviews and pored over myriad archival media: books, photos, essays, magazines, diaries, and cookbooks from the late 1800s.

Returning to Alaska with the finished product in 2016 was satisfying, particularly when we revisited bookstore owners, editors, museum curators, librarians, authors, and locals who helped with initial research. Michael and I often joke that Eliza has been with us since our first date, and we talk about her as if she’s an old friend. 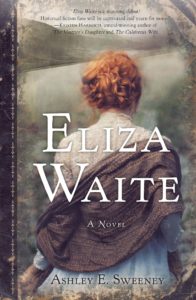 Q: What are the unique challenges of a new relationship over 50?

A: Michael and I were 51 and 58 when we met at a party at a mutual friend’s home in the late summer of 2008. I had been married for 28 years and was newly divorced; my husband had never been married.

We took our relationship very slowly. For three years, while we were both still working fulltime, we visited only on weekends. Then we lived together for three years before our marriage in 2014.

Kindness is the basis of our relationship; it cannot be underestimated in any union, marriage or otherwise. We also share base values and political views. On a personal level, we have learned to give the other what he/she needs the most. I crave emotional support; Michael is a strong listener and offers steady encouragement. Michael craves independence; I give him lots of space to hike, explore, and do projects. Another key: we laugh a lot.

Q: Do you have any encouragement for singles looking for love after 50?

A: Enjoy yourself, your friends, your job, your activities. We’ve all heard the old adage that you’re apt to meet someone when you’re not looking. If you do meet someone with whom you feel a genuine spark, be gentle, honest, and kind with him/her. Trust your intuition. And don’t force it. Everyone comes with his or her own life experiences, and oftentimes by our 50s (or older) hearts have been bruised or broken more than once. Give it time to see if your lives mesh and the relationship evolves to a deeper level.

Age alone is not a dead-end for possible happiness with another partner. Michael had given up on marriage after many failed relationships; I had sworn off marriage after a long and unhappy marriage. Just goes to show you that our perceptions were shattered when we met each other.

Q: After the success of your first novel, do you have another in the works?

A: My second manuscript is finished and out on review. It centers on a feisty young Scottish botanical illustrator who is forced to accompany her authoritarian uncle to Oregon Territory at the height of the fur trading empire in the early 19th century. The novel spans 29 years and four continents and is filled with intrigue, deception, heartbreak, and lust; it chronicles one woman’s desire to be recognized in life and love.

I’m now working on a third manuscript that follows the ill-fated Donner Party as they travel west on the Oregon/California Trail in 1846. Just recently, I was turned on to another story, which may develop into a fourth novel set in the desert Southwest at the turn of the 20th century. It’s interesting that all my stories have come to me by chance, so I’m always listening!

A: Please visit my website: www.ashleyesweeney.com. There you’ll find info about me and my novels, and you can access my monthly newsletter, Word by Word.