We all have those anniversary dates that plague us. The death of a loved one. The accident that changed our lives. The day we got fired. Something.

For me, the month of March holds most of mine. My children were kidnapped on March 13th, 1994. We reunited on March 27, 1996 in Greece. But it’s March 5th every year that is the most sobering.

In March of 1990, when I was 25, I got up off the floor after being strangled by then-husband, gathered my daughters, and left. But mid-strangle, I knew that life would never be the same. If life continued, I would stop tolerating abusive behavior as though I’d earned it. From everyone. My mother. My husband. Whoever. 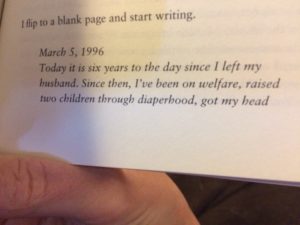 I didn’t know then what leaving an abusive partner would entail, or the unintended consequences that would occur.

Like yesterday, an essay I wrote got published in the fabulous Sunlight Press.  My e-book has climbed to #4 in it’s category on Amazon. And I get to hear and share stories at Arctic Entries on Wednesday, a truly terrifying and wonderful opportunity I’m pushing myself to do. 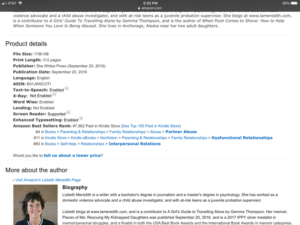 But most of all, I have two amazing grown daughters who have created their own lives. Beautiful friends who have sustained me. And a wonderful family I’ve been able to find and enjoy for decades now. 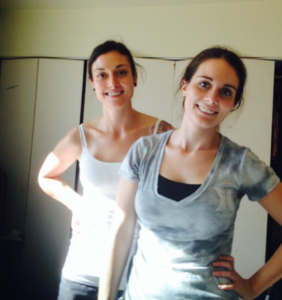 I’ll never forget the importance of March. And, it turns out, I don’t really want to.

Thank you for stopping by.