Buried between Chicago mass shootings and the primary elections and Denise Richards joining the Real Housewives of Beverly Hills cast (is that really news?), there they are.

This is one week. In one country.

Like many of you, I want to tune it out. Who wants to hear about something they can’t change?

Not me. And it’s not Domestic Violence Awareness Month until October anyhow, right?

But it’s impossible to ignore. Not only because of the brutality, but for the truths these stories underscore.

1) Domestic violence is not about a normal person with an anger management problem who takes it out on their intimate partner. It’s the deliberate use of emotional, physical, or sexual violence to gain control of an intimate partner. You only need glimpse the second story to see how carefully orchestrated the plane crash was. The husband was not crazed or out of control. Simply diabolical.

2) Children are not only victimized by witnessing violence, but too often harmed irreparably as they become collateral damage in the effort to hurt the mother.

I detailed my now-grown daughters’ experiences as both child-witnesses and as adult survivors in my memoir. It left scar-tissue that manifest in physical and psychological wounds. But at least they survived. Clearly, not all do.

3) And the third truth is one I stumbled upon quite by accident when setting out to read something cheerier. When researching travel writing opportunities, I came upon a wonderful story written by Ivana Haz titled A Sort of Homecoming.

I read her entire essay story before noticing the writing on the sidebar.

Editor’s note: The author of this story, Ivana Waz, and her son, Makani, were murdered in their Southern California home July 11. Authorities say Ivana’s husband shot them before turning the gun on himself.

A google search of her name revealed a series of articles on her and her son’s death, attributing it to her husband’s depression after his back injury. One entire article sympathized solely with him.

I guarantee you that Ivana Waz and her child were not killed by a back injury or depression.

Which brings me to my earlier question: Who wants to hear about something they can’t change?

I decided just now to make a difference and donate several copies of my memoir, themed around intergenerational patterns of domestic violence, to my Methodist church for their silent auction, and will continue to volunteer at the local shelter. It’s not much, but it’s something I can do.

What will you do?

Do you know someone impacted by domestic violence? Call 1-800-799-SAFE.

Want to lend your time or resources to affecting global change? Consider attending a meeting at your local Zonta chapter or giving to the domestic violence agency near you.

For information about what to do when you witness or suspect domestic violence, look at your local Green Dot Program.

Together, we can make a difference. 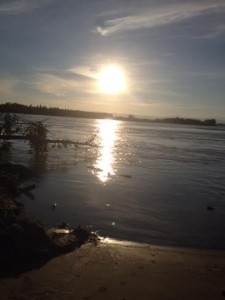 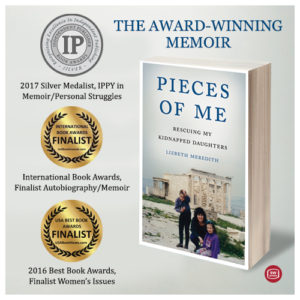