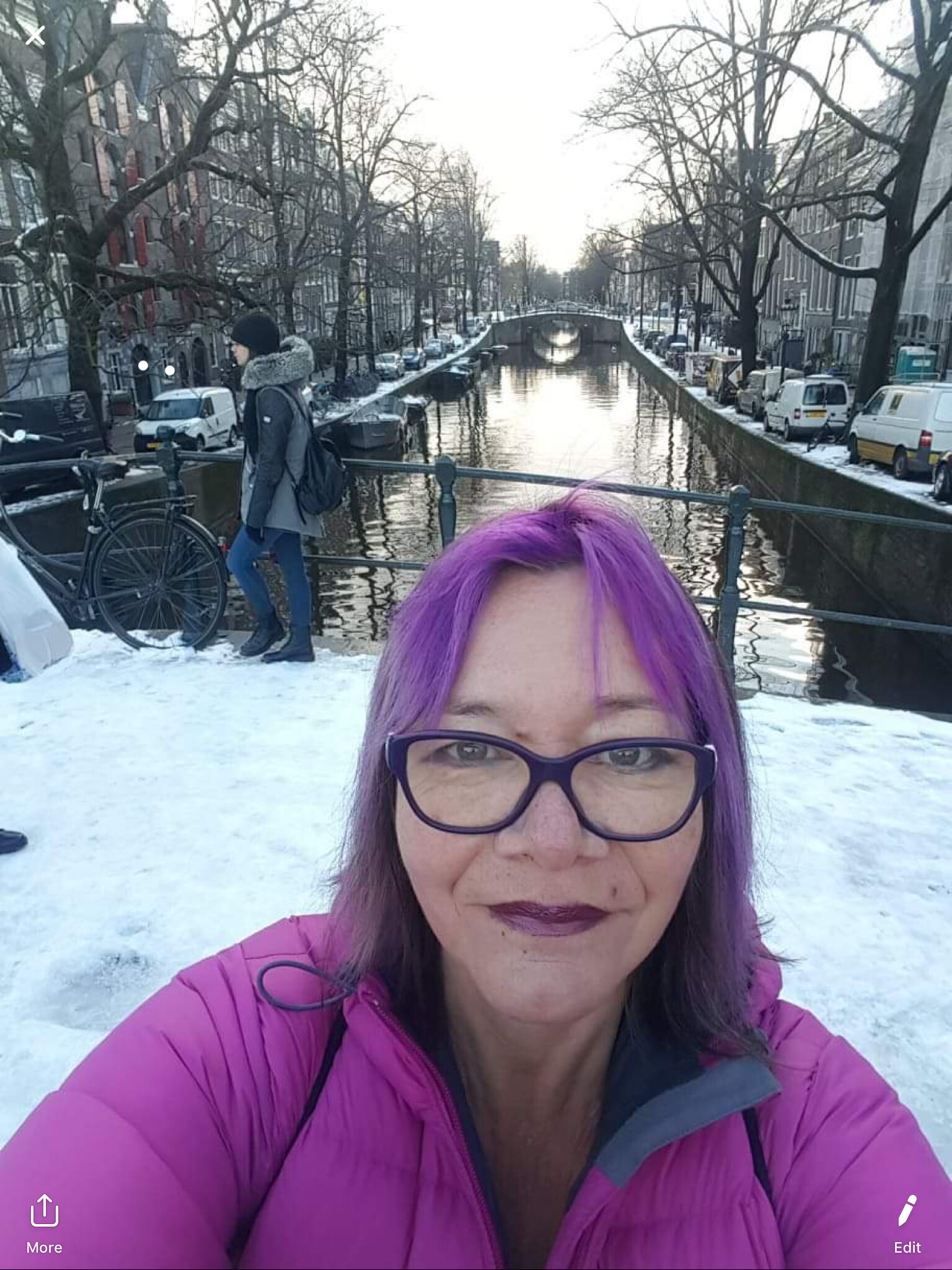 I was the lone geriatric in my hip hostel in Buenos Aires a couple of months back when I stumbled on a treasure trove.

When I mentioned to the young woman from New Zealand, perched on the bunk across from mine, that I had not journeyed intentionally (can’t really count Greece and Turkey and England to find my kidnapped daughters) to faraway places until my kids were grown and flown, she told me about her mom’s adventures. Her mother, she said, raised four kids by herself before quitting her job and traveling the world for a year and a half.

“You ought to talk to her,” she offered.

So as soon as I returned to Alaska, I did just that.

An idea was born. I began formulating a plan for an anthology of single moms turned empty-nesters who became solo travelers.

I’ll begin the process with the remarkable Karen Sim. Some of this is paraphrased from our interview.

What prompted you to book your first trip?

I was having dinner with a friend and she was sharing her goals and plans for the year.

She asked me about mine and I realised with horror that I was goal-less.

That night I discovered David Bowie died and this really impacted on me. He’d led a life full of achievements. I questioned my own life.

Yes, I had raised four children, getting my teaching degree in my 40’s while raising them and becoming a head teacher at a kindergarten – but i wanted more… That night I made a decision to have an adventure. I was watching my Dad fading away with dementia and a third bout of cancer. He’d never retired and now at 75, he was dying! All the money in the bank and invested in his farm but no adventure.
My 4 kids were living their own lives so it was time that I lived mine. I took a year off work, sold half of my belonging, put the rest in storage, saved like crazy and rented out my house. I finally had a plan.

How did you select destinations?

I had wanted to see the Cherry Blossom in Japan, so that was my obvious first destination. Plus, I had a friend in Nagoya.

I had only ever travelled to Australia from New Zealand, where my three girls live.

So I chose destinations/ countries where I had family or friends. This was my safety net. Once I arrived in London, where I stayed with my niece, I had the confidence to be more adventurous and spontaneous. True freedom as an older, female, solo traveller!

I ended up in a rural location about a twenty-minute walk from Okayama. I was in a very old and traditional home. Very simple, rice paper doors and walls…My host used English speaker workawayers to provide English experiences to Japanese families.

I ran a couple of play groups with mums and babies. The mums loved practicing their English with me.

Through Workaway, I got free room and board when I worked for 20 hours a week at a host home I selected through the site. I had fifteen hosts throughout my time there, plus I stayed with fifteen family/friends or acquaintances.

I also discovered how incredible hostels were. I got to meet fellow travellers and hear their inspirational journeys. And even as an oldie, I too had tales to share.

Walking tours are a wonderful introduction to a new city. Walk everywhere, as you see more. Eating out is a luxury. Travel the cheapest way-even if it takes longer. For example, you can take an overnight bus and avoid a night’s hostel rates.

Enjoy the big things and the small things, and be present!h

Before I could ask Karen how her adult children felt about her traveling the world on her own, I saw that her daughter paid her a beautiful tribute on Facebook on International Women’s Day.

Thank you, Karen, for being my guest, and for inspiring the next generation of solo women travelers.

Do you know a single mom who began traveling after her kids were grown and gone, and who might want to share her experience? Please give her the link to my website. If you’re considering traveling alone, here are a few sites that can help get you started.

A Girls Guide to Travelling Alone by Gemma Thompson