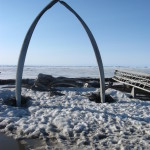 I hope your holidays are going well.

More than the eve of a new year, today marks the end of an entire decade.

To get in sync, I’ve enjoyed three of Marie Forleo’s bite-sized podcasts on this Decade in Review .

In part one, she suggests reviewing the last ten years to find what you’re most proud of, acknowledging the obstacles overcome and lessons learned along the way in order to select lessons you wish to remember as you come in to the next decade.

In part two, it’s about clearing space by releasing old resentments, beliefs, or even goals that aren’t serving you.

And the third part is deciding which experience you want to create going forward, be it about work, finances, family, or community and giving.

Ten years ago, I was thinking about starting this blog. It was what hopeful writers were encouraged to do.

It was terrifying and seemed equal parts pointless and narcissistic, I thought then. What would people think?

One of my daughters had a boyfriend who was dying, an excruciatingly sad process we were intimately involved with and which did little to help her depression and anxiety. And my youngest was struggling to push past her dyslexia and stay in college. I thought being a single-mom would get easier after the girls were grown.  I was mistaken.

At some point, I realized I was waiting unnecessarily to pursue my dreams. I’d allowed myself to drown in my kids troubles. I was waiting for permission to re-start my life. 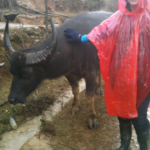 After booking a trip to Laos and Vietnam, nothing was ever the same. Surviving that transformational trip nudged me to blog regularly. Which nudged me to write more often. Which eventually led to publishing a story in an anthology. Which then led to launching my memoir.

All these things meant I did need to clear some space. I stopped saying yes to invitations out of habit. Shaved back volunteering. And (I just realized this recently), spent more than half of the decade without a date. That, and cutting cable television, has opened up more time for creating new work. 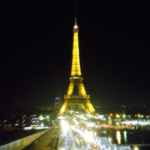 I still get overly enmeshed in my adult children’s lives, even though they’re both fine. I say yes to things I have to then get myself out of still. But I’m working on it.

Not everyone wants to write or travel, but we all have hopes and dreams. What are yours?

And what space in your life are you able and/or willing to clear out to make them come true?

Thank you for sharing your time with me. 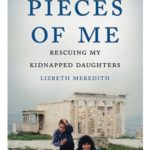 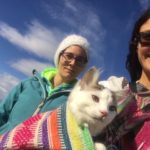 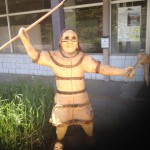